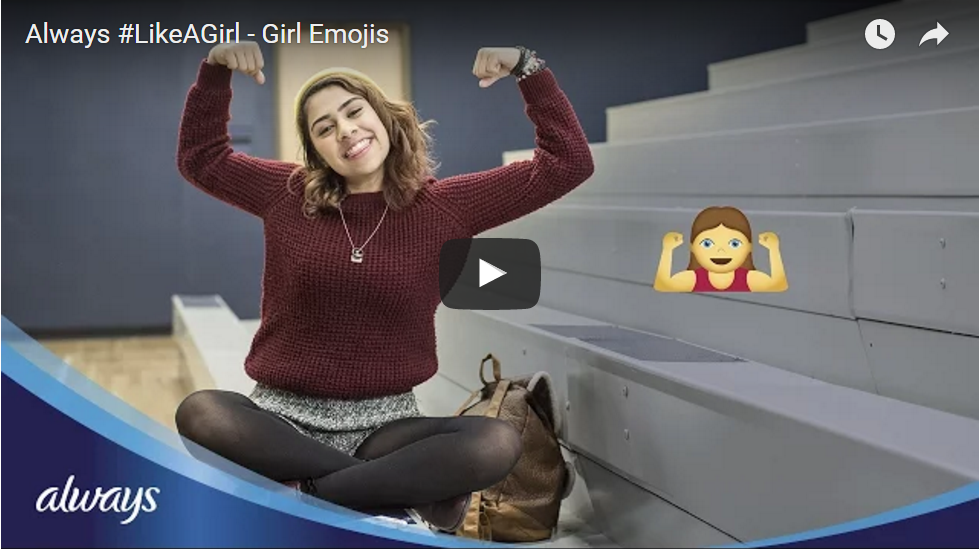 What is it like to be a girl emoji?

Following International Women’s day, let’s talk about a brand that has been working as a Women ambassador for the last 30 years. Recently, Always decided to raise its voice against sexism with its last campaign #LIKEAGIRL. The aim is to empower young girls going through puberty by teaching them about puberty and raising their self-confidence as future women. #LIKEAGIRL is more than a simple expression and can be perceived as an insult for many. When people say you do something like girl, it means you’re doing it wrong or you’re not good enough. Always decided to change this wrong perception of being a girl and asked people what it was like to do things #LIKEAGIRL. The first spot became viral, so Always decided to keep this campaign going: they just launched their last #LIKEAGIRL spot which is about emojis.

Nowadays it’s almost impossible to chat without using EMOJIS. But are emojis a good representation of the world we live in? Last year Apple introduced a skin tone feature in the emojis in order to promote racial inclusion. Always went further with the topic of gender equality? Have a look at the video to see what it’s like to be a emoji girl!