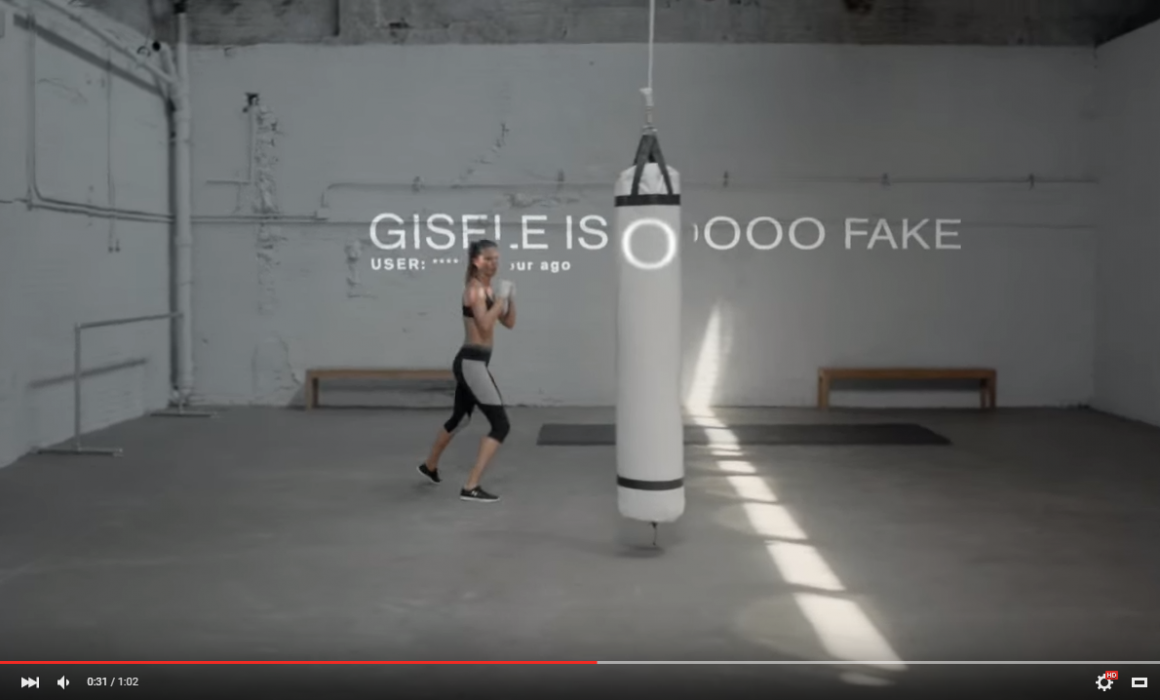 Nike has ruled the sportswear sector for years. But Under Armour has slowly been eating into Nike’s market share and is now the second most-popular athletic apparel brand in America.

Gisele Bundchen was one of many stars of UA’s « I Will What I Want«  campaign. But her portion of the campaign was the most digitally innovative, featuring a website that pulled in real-time social-media insults about her to emphasize that she uses her strength and will to block out noise from even her most nasty detractors.

This campaign led to 1.5 billion media impressions, $15 million in earned media, an average of four minutes spent on the site at the campaign’s peak, a 42 percent increase in visits to UA.com and a 28 percent sales increase for the brand.

Under Armour aims to « redefine what it means to be successful in training. » They clearly claim their brand statement on their homepage:

Rather than focusing on being aspirational or simply inspirational, the brand focuses on conveying the message that you must work hard to achieve your goals.

The campaign won two gold Lions and four silvers in addition to its Grand Prix at Cannes Lions.